ELM recently won a contract to clear scrub at the site of the new Wrexham super-prison prior to carrying out a series of wildlife protection and habitat enhancement works, creating five new jobs in the process.

The £95,000 contract is the largest in the company’s history, and was secured after Business Wales assisted with a grant to buy new equipment and machinery. The contract allowed ELM to fund two new permanent positions and a further three temporary jobs, to clear the 35 hectare site of scrub and vegetation.

ELM were contracted by the Welsh Assembly Government to carry out the practical implementation of a water vole translocation scheme prior to the construction of a new retail park in Porthmadog. Over a period of two weeks the site was secured with vole proof fencing and mesh, followed by strimming to remove the vegetation. At the end of the trapping period, ELM also undertook a soil strip under the supervision of the site ecologist. The presence of Japanese Knotweed on site created complications, however with tight biosecurity measures in place, the work was completed on time without causing any spread of the plant. 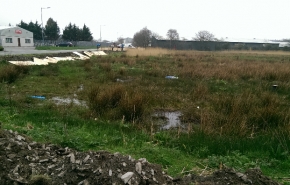 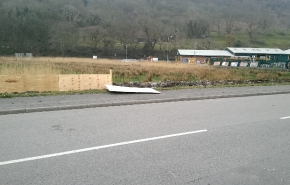 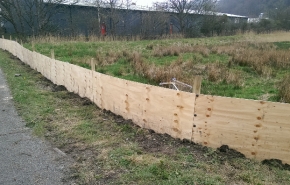 To enhance the longevity and ecological value of a school nature reserve hedge, ELM were requested to lay it. The nature reserve is also classified as a SSSI for its population of GCN, so the brash generated was carefully piled to create winter hibernation sites. 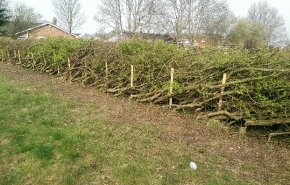 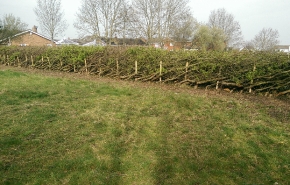 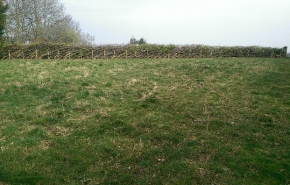 Wrexham Countryside Service obtained a grant to improve the access gates in to Brynkinalt Park in Chirk, as well as resurface a section of the path network. ELM undertook the work, with the new gates preventing motor bike access on to the site, but still allowing push chair access. 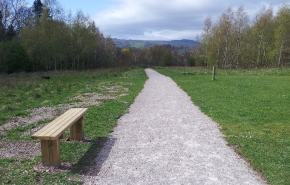 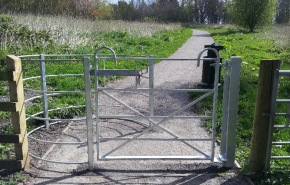 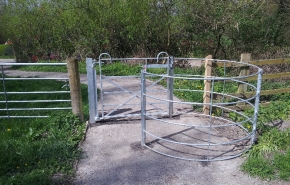